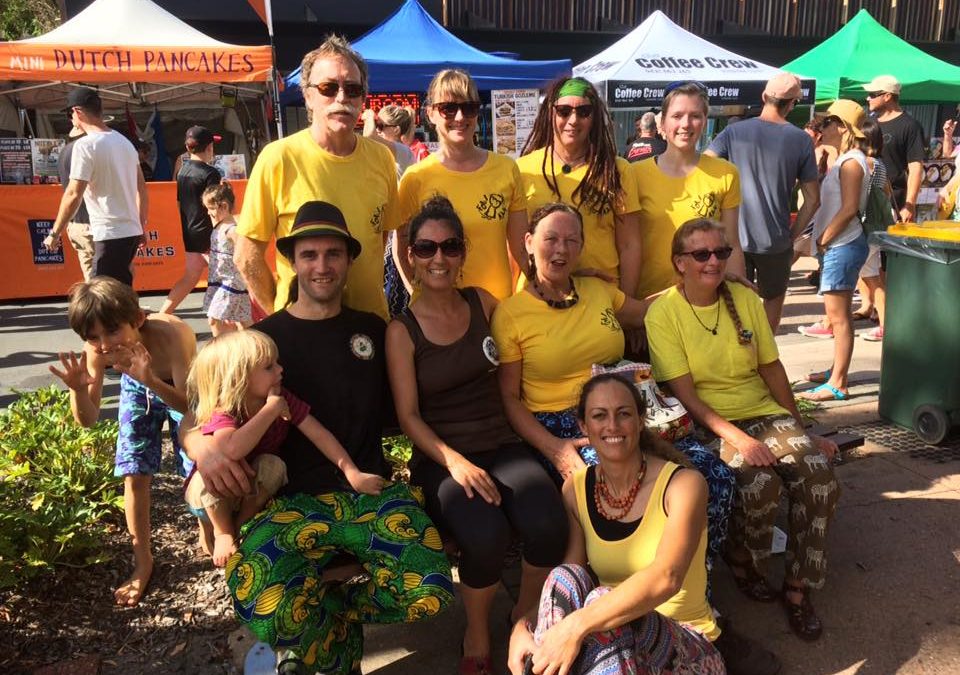 We were stoked to provide the drum and dance entertainment at the Ocean St World Festival this year. Foli Kan Drum and Dance Ensemble performed on the main stage and also ran a dance workshop. Although a couple of the dancers were in Africa at the time, Foli Kan were an absolute highlight on stage and received so much positive feedback from the crowds that gather at the festival. It’s always such a joy and get up on stage and share what we work on weekly in the drum and dance classes.

The performance included some of our favourite pieces like the Makru dundun dance lead by Pascale Richy. This is a powerhouse opening piece with drumming and dancing at the same time. Makru is part of a courtship or seduction rhythm and is traditionally played with another rhythm called Yankadi. Hence the name Yankadi-Makru. We love this rhythm and the change between the slow and fast sections is so dynamic!! It makes for some awesome drum and dance entertainment. We have also been playing a rhythm called Koredjuga, which is for the clowns and jesters. These entertainers also have a very important role in West African society. They are peace makers. In Koredjuga we showcase another instrument called the Balafon which is an ancient instrument much like an xylophone.  Nathaniel learnt this song from Bassidi Koné and Bwazan and plays the Balafon, while Rosa calls the ensemble on the djembe.

Another fantastic event that happened this year for Foli Kan was a live recording done by Steve Summers, an SEA music student in Brisbane. Steve came into our classes over a couple of weeks and recorded Foli Kan drumming three of their favourite pieces. He recorded Sandia, Koredjuga, and Yankadi-Makru. 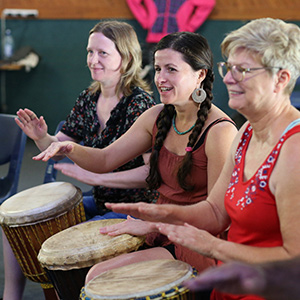